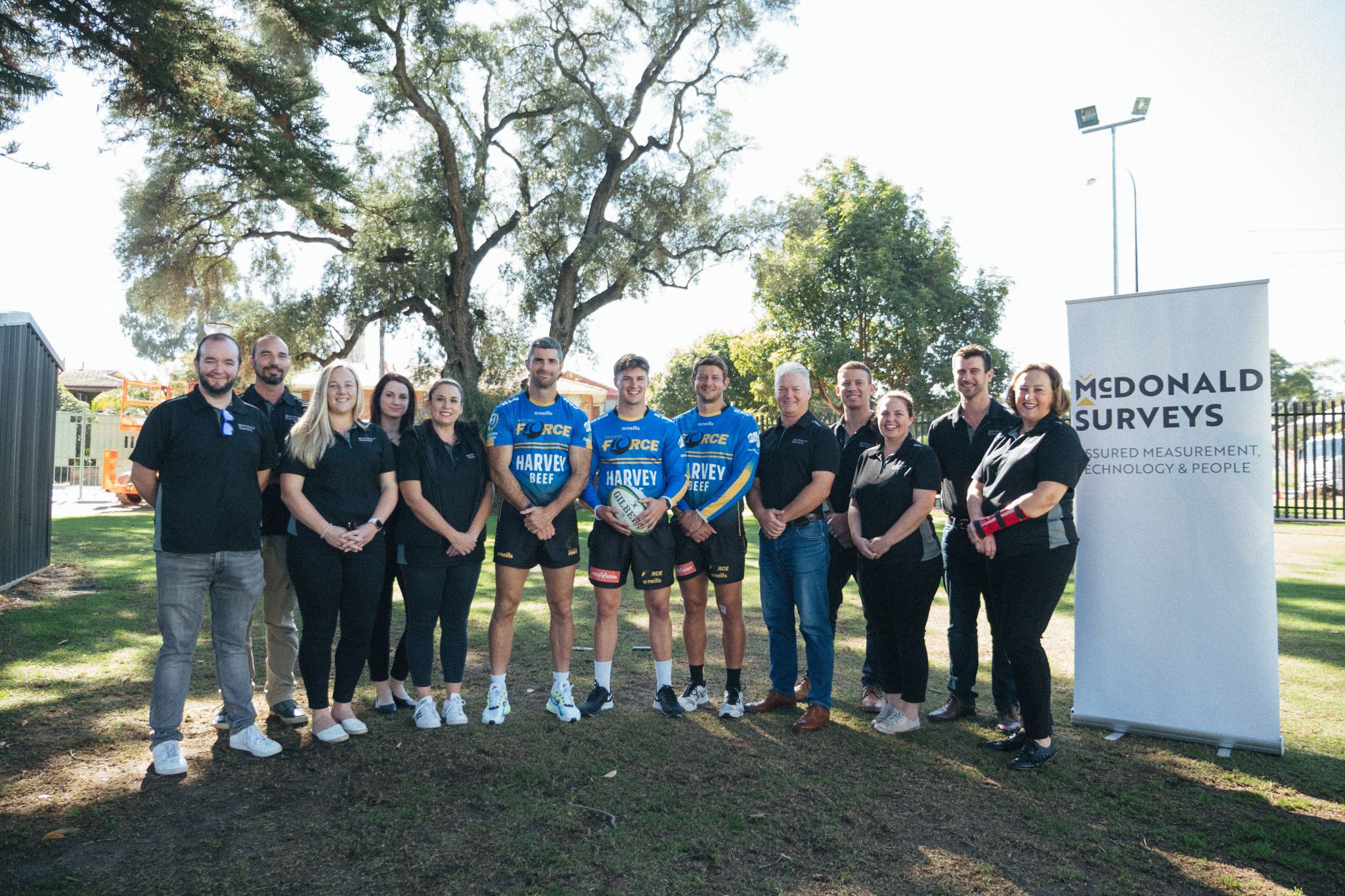 Sally Ann and Andy along with the whole McDonald Surveys team are excited to share that the organisation is now a Player Sponsor of WA’s rugby team – The Western Force!

We officially made this announcement on our LinkedIn page on Wednesday 16 June, following a photo opportunity that some of our team members were able to partake in with the sponsored Western Force players.

For those unfamiliar with Rugby Union or are reading this from outside of Australia, The Western Force is an Australian professional rugby union team based in Perth, Western Australia, currently competing in Super Rugby AU and Super Rugby Trans-Tasman.

We are very honoured to be supporting the following Western Force players:

As a Perth-based company, we at McDonald Surveys are always keen to give back to the WA community who have embraced and supported our business.

Through the Western Force player sponsorship, we’re supporting a local team that has heart and continuing to strive for excellence…something we’re also always keen to do at McDonald Surveys, with our commitment to go above and beyond.